This species’ known range extends southwards from the Indian state of Manipur (Brahmaputra River system) through Myanmar (including the Chindwin, Ayeyarwady, Sittaung and Salween River drainages), into western and peninsular Thailand (including the Mae Klong and Tapi Rivers) and possibly mainland Peninsular Malaysia (it was recorded from the Langkawi Islands off the country’s western coastline during surveys for a study published in 2006).

Patterning and colouration differs somewhat depending on locality; the central body stripe, for example, can be completely sol >

Recorded to inhabit a range of biotopes from headwaters to larger river channels and is said to show a preference for shallow riffles with pebbly substrates (Kottelat, 1990).

At an unnamed stream in Mon State, southern Myanmar the water was clear, greenish and flowing slowly with no natural shade. There was no marginal or submerged vegetation and the substrate was composed of mud and sand.

A tank with base dimensions of 60 ∗ 30 cm is big enough to house a small group.

Will do well in most well-maintained aquaria provided sufficient cover is available, and should not harm softer-leaved plants. However we recommend keeping it in a set-up designed to resemble a slow-moving or marginal section of stream or river with a sandy substrate and perhaps a few water-worn boulders.

This can be further decorated with driftwood roots and branches arranged to form some shaded spots, plus a few handfuls of dried beech, oak or Terminalia (Indian Almond) leaves.

Adaptable plants such as Microsorum, Bolbitis or Anubias spp. can be grown attached to the décor and bright lighting will promote the growth of aufwuchs which will add to the natural feel.

In this kind of environment the fish will show more natural behaviour and can be maintained alongside other species that enjoy similar conditions.

Although a high level of water movement isn’t essential it’s also proven to thrive in a mature hill stream-type set-up with a rocky aquascape. Weekly water changes of 30-50% tank volume should be considered routine.

Probably a micropredator feeding on insect larvae and suchlike in nature. Singer and Page (2015) report that stomach contents examined during their study were larval chironomids and ephemeropterans.

In the aquarium it will accept sinking dried foods but should also be offered regular meals of small live and frozen fare such as Daphnia, Artemia, bloodworm, etc. A varied diet is the key to maintaining it in the best of health.

Among the more peaceful members of the genus and an excellent addition to communities of small, stream-dwelling fishes.

Stream-dwelling gobies from genera including Sicyopterus, Stiphodon, Rhinogobius and Lentipes can also make interesting additions to this kind of community. Territorial or otherwise aggressive bottom-dwellers are less suitable companions.

It does best in the presence of conspecifics and should be kept in a mixed sex group comprising at least half a dozen specimens, preferably 10 or more.

This will allow you to observe some interesting social interactions and the formation of a hierarchy between males. While rivals can be aggressive towards one another this shouldn’t become problematic in a well-structured set-up.

Dominant males of some populations develop yellow to reddish orange colouration in the finnage, around the mouthparts and sometimes in the anterior portion of the body. All males possess a suborbital flap with pectoral fin rays 2-6 thickened and covered in tubercules.

Adult females lack these characters and tend to be slightly larger and fuller-bodied.

Several successes have now been recorded but the first was by UK aquarist Mick Wright who obtained his specimens from fellow fishkeeper Andy Rushworth.

Andy had recovered a small number of fry from one of his filters and repeatedly observed spawning behaviour in his wild caught adults, but it appeared that most of the eggs were being consumed.

To remedy this Mick used a small, 30 cm x 15 cm aquarium, to the base of which was added plastic under-gravel filter plates with the central, slatted sections removed and replaced with 1mm diameter mesh. On top of this was placed a double layer of glass marbles and an air-powered sponge filter was installed (see photo).

Initially a pair of males and three females were added but aggression between the males proved too intense so one was removed and the remaining fish left in the spawning tank overnight before being removed. 98 fry were subsequently raised from this first attempt with no particular trigger required to induce breeding activity as the fish were already spawning on a daily basis in the stock tank.

The eggs hatched in around 24-36 hours with fry free swimming within three days. At this point they were fed Paramecium until large enough to accept Artemia nauplii.

Later, chopped Tubifex, grindal worm and crushed flake were introduced to the diet. Subsequent experiences by other hobbyists have shown that this species is prolific for a small fish with up to 300 eggs being deposited in a single spawning event.

Paracanthocobitis zonalternans differs from all other species of Paracanthocobitis by the combination of incomplete lateral line ending before or near dorsal-fin origin; axillary pelvic lobe present; w >

The lateral line is incomplete in this species, a trait also found in P. mooreh and P. linypha, but these two species do not have the axillary pelvic lobe present in P. zonalterans.

According to Kottelat (2012b), several species are confused under the name of the subject species. Singer & Page (2015) surmise that given the large geographic distribution, habitat variation, variability of colour pattern across geographic ranges, and morphometric differences, it is likely that P. zonalternans is a species complex.

The genus Acanthocobitis was described by Peters (1861) with Acanthocobitis longipinnis designated as the type species. The placement and status of this species was questioned by several authors beginning with Menon (1987) who considered it a junior synonym of Cobitis botia Hamilton, 1822. Grant (2007) compared the holotype of A. longipinnis with live specimens of A. botia and found the two species to be easily distinguished. He noted that A. longipinnis is distinguished from all other Acanthocobitis species in having a pointed caudal fin, vertically oriented suborbital flap, slender body, long dorsal fin, anus closer to anal-fin insertion than to pelvic-fin insertion, and greenish colouration.

Singer and Page (2015) recognize Paracanthocobitis as a genus, differing from Acanthocobitis as diagnosed by Grant (2007, 2008), although the two genera are most likely sister taxa based on the unique papillated pad on either side of a medial interruption on the lower lip. Fourteen species including five new species described therein are assigned to Paracanthocobitis, with Acanthocobitis treated as monotypic, containing only A. pavonacea, a species restricted to the Brahmaputra and Ganges river basins of northern India and Bangladesh. Acanthocobitis longipinnis is considered to be a synonym of A. pavonacea (Grant, 2007); however, the only available specimen of A. longpinnis is the poorly preserved holotype. Collection of fresh material may show the two forms to be distinguishable from one another. [Singer and Page, 2015, p. 398]

Paracanthocobitis is distinguished from all other genera in the family by the combination of lower lip with a large papillated pad on either side of a medial interruption; upper lip with 2–5 rows of papillae and continuous with lower lip; conspicuous black spot with white outline (an ocellus) on upper half of caudal-fin base.

Paracanthocobitis is distinguished from Acanthocobitis in having an emarginate or truncate (vs. pointed) caudal fin; 9 and 1/2 –15 and 1/2 (vs. 17 and 1/2 –19 and 1/2) branched dorsal-fin rays; rounded (vs. more triangular-shaped) head in lateral view; horizontally (vs. vertically) oriented suborbital flap or groove; papillated pad on either side of narrow (vs. wide) medial interruption in lower lip; anus closer to pelvic-fin insertion than to anal-fin insertion (vs. closer to anal-fin insertion). [Singer and Page, 2015, p. 380]

The family Nemacheilidae is widely-distributed across most of Eurasia with the Indian subcontinent, Southeast Asia and China representing particular centres of species diversity. 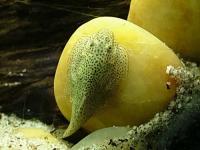 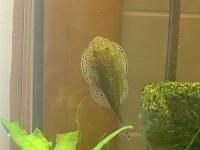 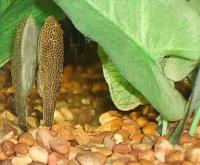 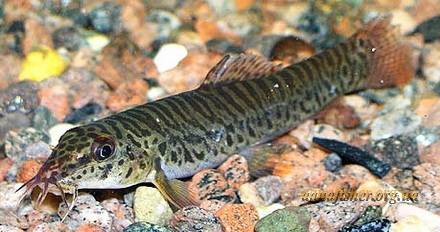 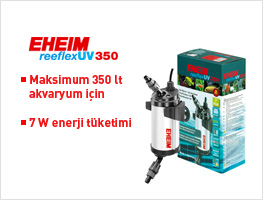