Parosphromenus: from the Latin para, meaning ‘beside’, and the generic name Osphromenus.

Type locality is ‘Sungei Kepayang, 7 kilometers southeast of Anjungan on road to Pontianak, 0°20’N, 109°08’E, Kalimantan Barat, Borneo’, and P. anjunganensis is known only from a handful of localities in the surrounding area.

In unaltered habitats the dense canopy of branches above means very little light penetrates the surface of such environments, and riparian vegetation also tends to grow thickly.

The water is typically stained darkly with humic acids and other chemicals released by decaying organic materials, the dissolved mineral content generally negligible and pH as low as 3.0 or 4.0.

Unfortunately some habitats within its known range have already been cleared and drained for agriculture and the species may be highly-threatened.

At some localities it occurs alongside the congener P. ornaticauda.

An aquarium with base dimensions of 40 ∗ 20 cm or equivalent is sufficient for a pair.

Can be maintained in a fully-decorated aquarium although many breeders prefer not to use a substrate for ease of maintenance.

Driftwood roots and branches can be used and placed such a way that a few shady spots are formed, and clay plant pots, lengths of piping or even plastic camera-film containers can be included to provide further shelter and potential spawning sites.

The addition of dried leaf litter further emphasises the natural feel and as well as offering additional cover for the fish brings with it the growth of microbe colonies as decomposition occurs.

These can provide a valuable secondary food source for fry and the tannins and other chemicals released by the decaying leaves are also considered beneficial for fishes from blackwater environments. Alder cones may also be used for the latter purpose.

Like others in the genus this species does best under fairly dim lighting. You can add aquatic plant species that can survive under such conditions such as Microsorum, Taxiphyllum or Cryptocoryne spp., while floating vegetation, especially Ceratopteris spp., is also useful.

Filtration need not be too strong, with an air-powered sponge filter or similar adequate, and since this species tends to be maintained in pairs (see ‘Behaviour and Compatibility’) a filter may not be required at all provided the fish are not overfed and maintenance is stringent.

The latter must include small weekly water changes of 5-10 % aquarium volume with irregular or larger changes not recommended.

All Parosphromenus spp. require acidic conditions with negligible carbonate hardness and very low general hardness so a reverse osmosis unit or other method of obtaining soft water may need to be employed, and this can be further acidified using phosphoric acid or similar if necessary.

There is no need to use natural peat, the collection of which is both unsustainable and environmentally-destructive.

It goes without saying that these are fishes are sensitive to fluctuating organic wastes and should never be introduced to biologically-immature aquaria.

Temperature: 22 – 28 °C; values towards the lower end of this range are best for general care while temporarily raising the temperature can help induce spawning.

This species is chiefly a micropredator feeding on tiny aquatic invertebrates, therefore in the aquarium it must be offered a variety of small live foods such as Artemia nauplii, Daphnia, Moina, mosquito larvae, micro worm, etc.

Frozen foods are sometimes accepted but not considered sufficiently-nutritious while the majority of dried products are normally refused.

Not recommended for the general community aquarium for reasons already touched upon.

It’s care requirements, disposition, and especially conservation status dictate that it should be maintained alone or alongside a group of small, peaceful cyprinids such as Boraras or Sundadanio spp.

Likewise, different Parosphromenus spp. should not be kept together since the females of many are very difficult to tell apart and some are undoubtedly capable of hybridising.

A mixed-sex group can be maintained if you wish although most breeders prefer to maintain it in sexed pairs since some fry may survive alongside their parents but not usually if other adults are present.

Females are far less colourful and lack the reddish fins.

Nuptial females lose the majority of their markings and take on a pale colour pattern plus both nuptial males and females exhibit an oblique dark bar running through the eye.

Both sexes are also capable of rapidly changing colour depending on mood and become significantly darker when aggressive, for example.

Normally spawns in small caves or among leaf litter and forms temporary pair bonds with the male solely responsible for egg and brood-care.

Parosphromenus spp. have been grouped arbitrarily based on courtship behaviour in males which adopt a ‘head-down’, ‘head-up’, or ‘horizontal’ position depending on species.

P. anjunganensis belongs to the former, more speciose, assemblage in which the male assumes a near-vertical position with the head lowermost and fins splayed during nuptial displays.

Sexually-active males form small territories at the centre of which is a small cave normally formed from leaf litter in nature, although in aquaria any suitable structure may be chosen (see ‘Maintenance’).

They then attempt to attract females in the vicinity to enter the cave via spectacular displays as described above.

Eggs and milt are released in batches during a series of embraces in which the male wraps its body around that of the female.

Some males construct a rudimentary bubble nest inside the cave while others do not, but either way both male and female attempt to attach the eggs to the ceiling after they are released.

Subsequent spawning embraces may dislodge eggs from the roof of the cave, and inexperienced adults sometimes simply eat them so a degree of patience may be required until the fish get things right.

Following a successful spawn the female leaves the cave and proceeds to defend the surrounding area while the male tends to the brood.

Incubation is normally 24-36 hours with the fry mobile around 4-6 days later.

They initially swim without direction and the male will collect and return them to the ‘nest’ but after 3-5 additional days are fully free-swimming and leave the cave at which point parental care ceases.

They may require Paramecium, rotifers or similar as a first food but are quickly able to accept Artemia nauplii and suchlike.

If the aquarium is well-structured they can often be raised alongside the parents but in more basic set-ups should be removed and grown on elsewhere.

This species is not generally available in the aquarium hobby on a commercial basis but is occasionally collected and distributed by private aquarists.

There does exist one form however with a blue proximal band in the anal-fin plus blue pectoral fins, and it’s unclear where this derives from and whether or not it’s conspecific.

The genus occurs in southern (peninsular) Thailand, Peninsular Malaysia, Sumatra (Indonesia, including the islands of Bintan, Bangka and the Riau Archipelago), and Borneo (Malaysia and Indonesia).

All members are small-growing inhabitants of freshwater swamps and associated streams, and the grouping was considered to be monotypic, containing only P. deissneri (Bleeker, 1859), for almost a century.

As a result a number of species have been widely misidentified as P. deissneri in both aquarium and ichthyological literature when in reality that species is endemic to Bangka and Belitung islands and very rare in the hobby.

Additional taxa have been described on a sporadic basis since the 1950s and there currently exist 20 recognised members with more likely to follow.

Despite the generic name the results of phylogenetic analyses by Rüber et al. (2006) suggest that Parosphromenus is most closely-related to Betta or Trichopsis in an evolutionary sense.

All three of these are sometimes included in the putative subfamily Macropodusinae alongside Macropodus, Pseudosphromenus and Malpulutta.

Like others in the suborder Anabantoidei members possess an accessory breathing organ known as the labyrinth organ, formed by a modification of the first gill arch and consisting of many highly-vascularised, folded flaps of skin.

So-called due to its maze-like structure this organ allows the fish to breathe atmospheric air to a certain extent.

The structure of the organ varies in complexity between species tending to be more well-developed in those inhabiting particularly oxygen-deprived conditions.

While some labyrinth fishes can be observed taking regular gulps of air from the surface others, including Parosphromenus spp., do so less often. 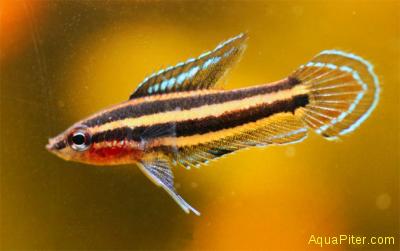 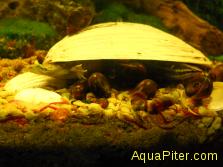 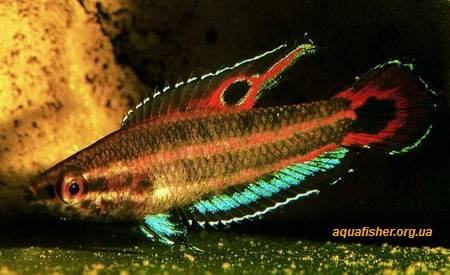 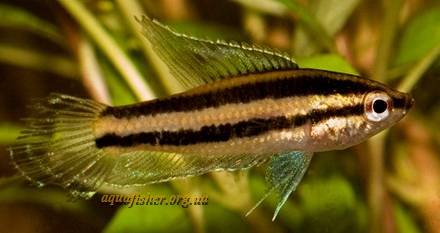 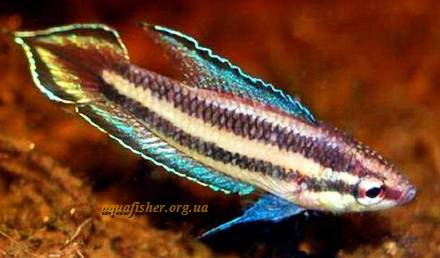